Tina - Has been living here at Viking for 25+ years.

Dr. Gamber grew up in Euclid, Ohio.  She completed her undergraduate work at the University of Findlay, and went on to earn her veterinary degree at The Ohio State University. She graduated in 1995 and began practicing small animal medicine in North Canton. After a few years, she came to Viking and worked with Terry Owen, DVM who mentored Dr. Gamber in the area of orthopedic surgery. Dr. Gamber has extensive experience in cranial cruciate ligament repairs, hip FHO, medial patellar luxation repairs, and minor fracture repairs. She has a special interest in soft tissue and orthopedic surgery, and many local veterinarians refer their orthopedic cases to her. On a personal note, Dr. Gamber enjoys living on the lake and spending time with her friends, 2 Labrador Retrievers, Dunbar and Nabu, and island dog Finnegan. Dunbar and Nabu enjoy agility, swimming, and stealing snacks off the counters. They also enjoy going out on their boat! They are expecting a baby Mini Bull Terrier in the fall. Dr. Gamber believes in practicing the best quality medicine while developing meaningful relationships with her clients and their pets.

Wendy is our most loyal team member and has been assisting with Dr. Gamber at Viking since 2000. She assists in our office visits and during surgies. Wendy has been active in Greyhound rescue and The Ohio Greyhound Gathering Rescue and Adoption since 1995. She has fostered over 300 greyhounds in her home, and placed countless greyhounds in forever homes through the organization. She is married and has two retired racing greyhounds, Newton and Cooper, and fosters retired greyhound Jed. She has three cats, all adopted from Viking. Wendy truly has dedicated her life to helping animals, both at home and at work. 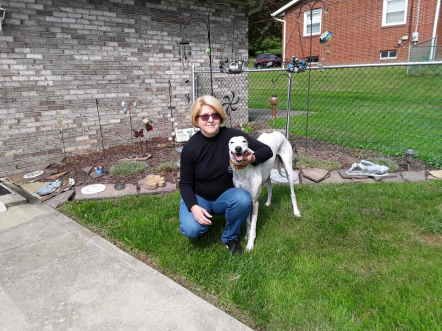 Jill was born and raised in Canton, OH but is a Cincinnati Bengals fan (WhoDey!). She has an English Bulldog named "Knack" and a Leopard Gecko, "Spyro" both named after her favorite video games. Jill joined the Viking family in June 2019 as an assistant and found her roll working in the front office. She enjoys Comic Cons, camping, boating and anything outdoors.

Lindsay has lived in North Canton her whole life. She graduated from Kent State University in 2020 with a degree in Veterinary Technology. She has two horses, two dogs, three cats and a leopard gecko. She enjoys spending her free time at the barn riding and caring for her horses, Reddington and Roy. Lindsay also loves attending horse shows on the weekend with her horse Reddington. 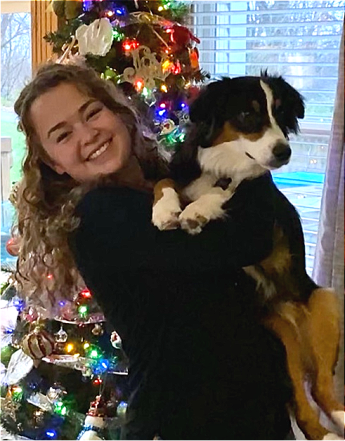